On the 12th of November, the European Commission presented the first LBGTIQ equality strategy of EU.

This was a necessary step: in fact, as shown by the European Commission report, 43% of LGBTIQ people declared they felt discriminated against. Moreover, this figure increased, especially after COVID-19 crisis. Therefore, in order to fight these forms of discrimination, the European Commission has presented this strategy, which is based on four main objectives that should be achieved by 2025:

4. Leading the call for LGBTIQ equality around the world.

As clear from these pillars, the strategy pursued by the European Commission is very broad and covers several areas, such as the access to public positions and the inclusion of minorities in the workplace. With regards to the former, in recent years, the EU has already made progress towards equal opportunity for LGBTIQ people and thanks to its raising-awareness, their access to public positions has been facilitated. For example, last October, Petra De Sutter was the first transgender woman to become minister in Europe, after the Belgian government appointed her as Deputy Prime Minister. In 2019, she already won one sit in the European Parliament and she was elected president of the Committee on Internal Market and Consumer Protection.

With regards to the Italian situation, in November 2020, the Italian Chamber of Deputies approved a law against homotransphobia that has to be passed by the Senate; however, this is just the first step of a long series and we still have a long road ahead to build a fully inclusive society.

As mentioned, another fundamental issue that the European Commission has been addressing is the promotion of inclusion and diversity in the workplace, which is a crucial issue for our company. In particular, the Commission promotes diversity management through the so-called EU Platform of Diversity Charters. The Platform is currently composed of 26 national diversity charters representing a network of around 12,000 organizations with over 16 million employees. Diversity Charters are instruments through which the EU promote the adoption of its strategies in order to promote an inclusive corporate culture, with respect to all minorities existing in the society. Signing such Charters implies the adoption of diversity and inclusion policies, the establishment of internal LGBTIQ networks, the provision of training for their staff, the celebration of the IDAHOT [Homophobia, Transphobia, Biphobia and Interphobia] and the participation in national Pride events. Moreover, LGBTIQ employees benefit from the improved coordination between the EU Platform, national diversity charters and individual businesses. Along with the above mentioned measures that aim at promoting the inclusion of LGBTIQ people, the Commission continues to support measures under the Gender Equality Strategy, which was introduced in March 2020. This strategy is meant to improve the socio-economic position of women, including those that are relevant for LBTIQ women; its implementation is again fostered through the EU Platform of Diversity Charters.

In Italy, the Italian Diversity Charter was introduced in 2009 and by now it has been signed by 500 companies and about 300 non-profit organizations and public administrations.

Signatory companies are committed to fight all kinds of discrimination in the workplace, such as those based on gender, age, disability, ethnicity, religion, sexual orientation; at the same time, they strive to value diversity within the corporate organization. The Charter provides a list of possible concrete actions and a policy framework that guide companies in the implementation of the EU strategies. It is worth noting that signing the diversity charter is not only an act of equity and social cohesion, but it also contributes to the company’s success.

In view of the above, I am proud to be part of operàri, as it is an inclusive workplace, which considers diversity a strength and make all possible efforts to fight all forms of discrimination. In particular, operàri, one of the signatories of the Italian Diversity Charter, adopts the diversity management concept through the inclusion and promotion of workers that reflect the various diversities in the society. Moreover, we believe in the importance of diversities and in their employment as a potential benefit for the company. Our objective, of course, is not only to hire people from minorities, but also to integrate all workers so that everyone can feel part of the company’s identity.

On a more personal level, I would like to share my experience in operàri: whereas being a young professional mother in our society can often be a source of discrimination, in our company it is considered a plus. In fact, from when I joined operàri, I felt valued and, moreover, I was given the opportunity to manage the demands of family and career. 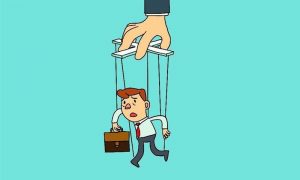 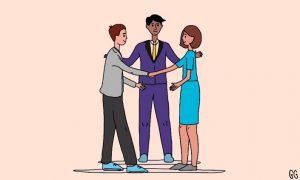 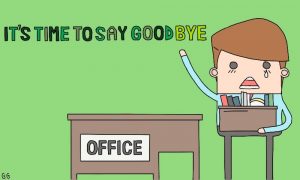